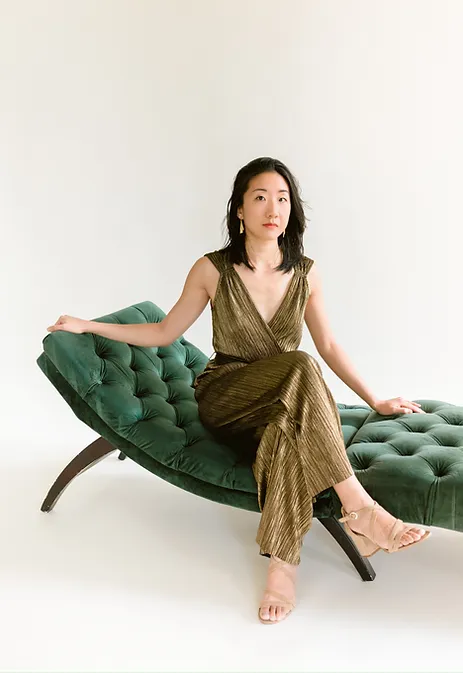 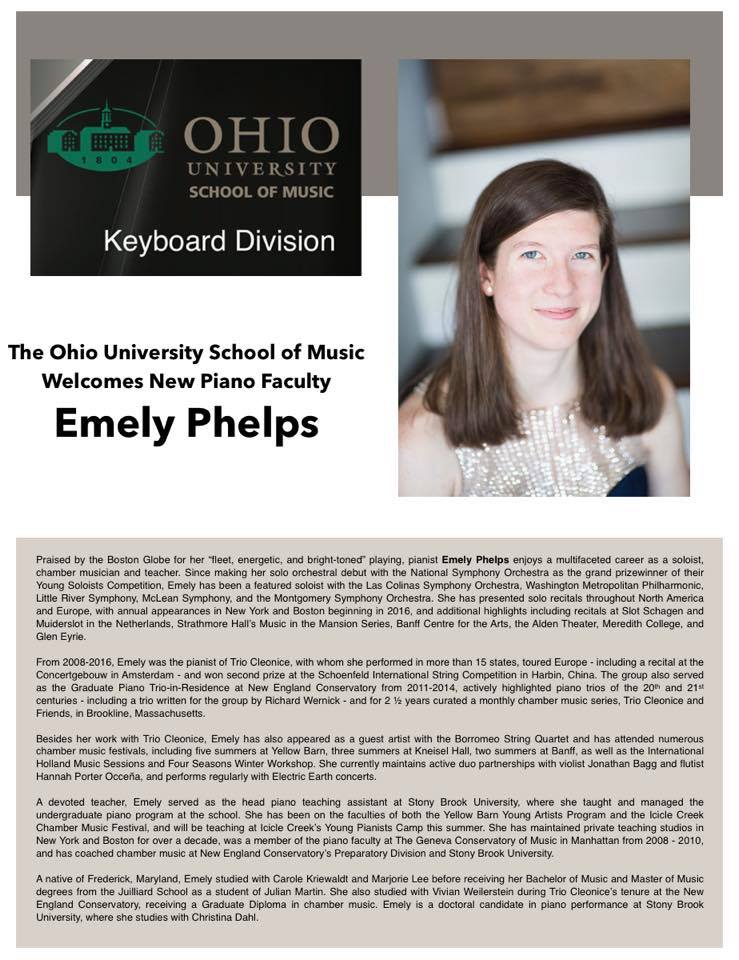 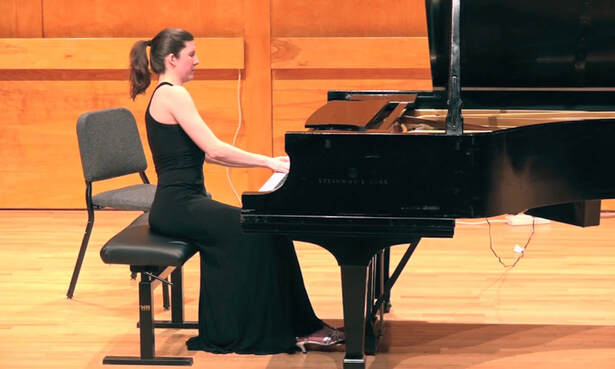 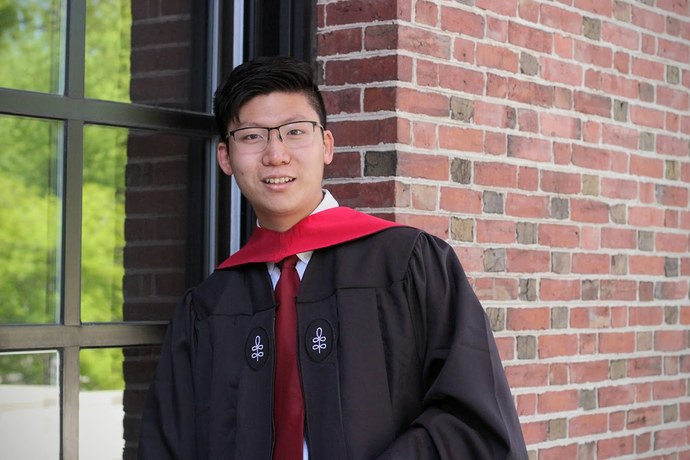 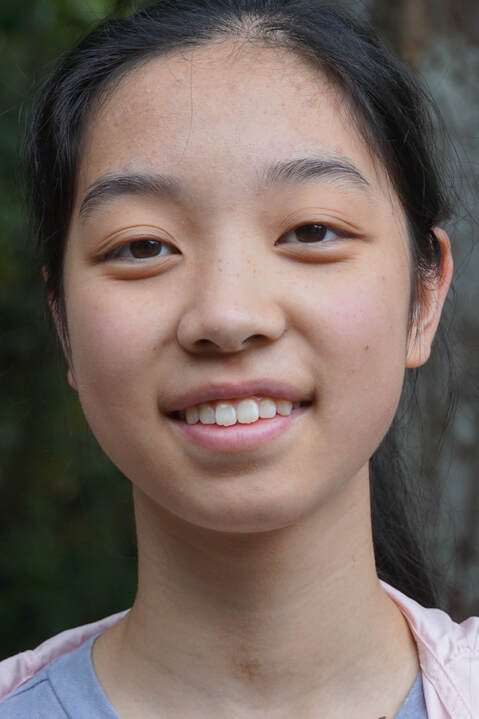 A graduate of Thomas Jefferson High School, I will be starting college at Georgia Tech this fall.  I've been in Dr. Lee's studio since 2009 and enjoyed every minute of it. Along the way I've met so many other musicians and learned so much about musicality, expression, and technique. I've made progress each year thanks to Dr. Lee's support. Seeing myself improve and being able to play pieces I thought were way too difficult is definitely super satisfying. My favorite composers are Ravel, Liszt, and Prokofiev. Besides piano, I like to read and play cards with my family, including my younger brother, and we also like to travel often.  I was this year's  first-place winner of the  Virginia State level of the Music Teachers National Association High School Piano Competition.  ​ 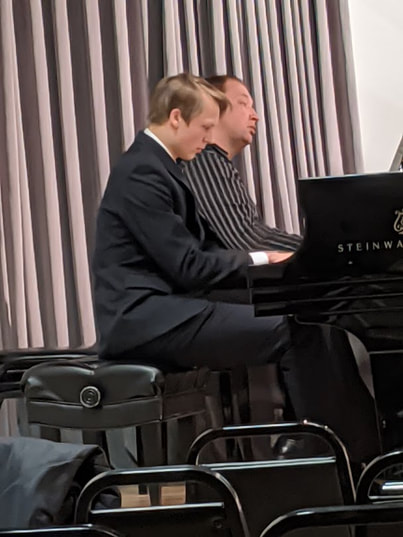 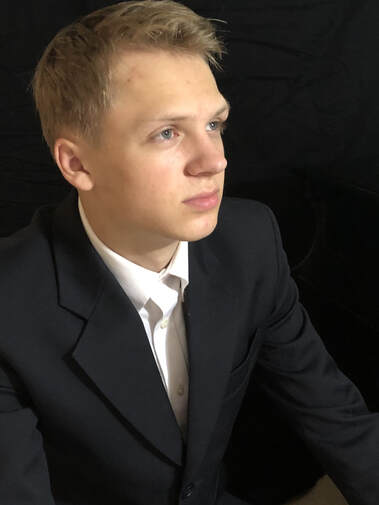 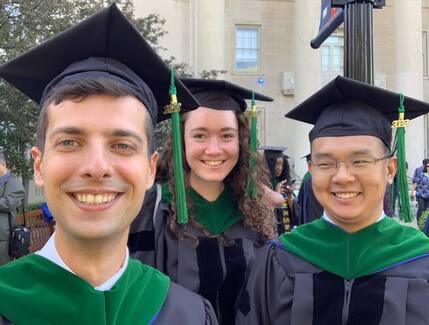 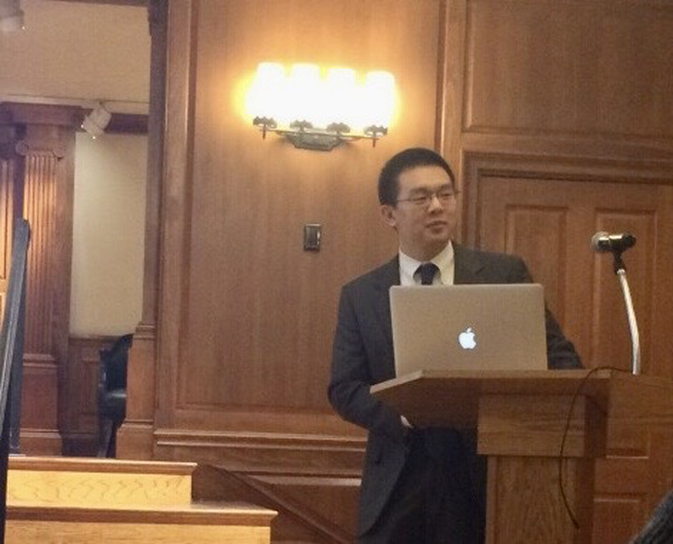 Bryan formerly studied in Lee Studios  for 7 years. I am now (2019) in my second year at the Yale School of Medicine and am wrapping up my pre-clinical coursework in preparation for my clerkship rotations starting in January. It has passed by so quickly! Outside of classes this past year I’ve served as Treasurer of the Medical Student Council, where I fought to get a piano in our dorms; volunteered at the HAVEN Free Clinic and rotated on the transplant surgery service; and continued my research work in orthopedics.

Bryan tells me that his piano study  helped him  develop strong and disciplined independent study skills. Years of piano practice have also been invaluable for developing the finger dexterity needed for suturing and knot-tying in the OR, especially deep in the body where there’s not much space and you sometimes can’t even see where your fingers are! 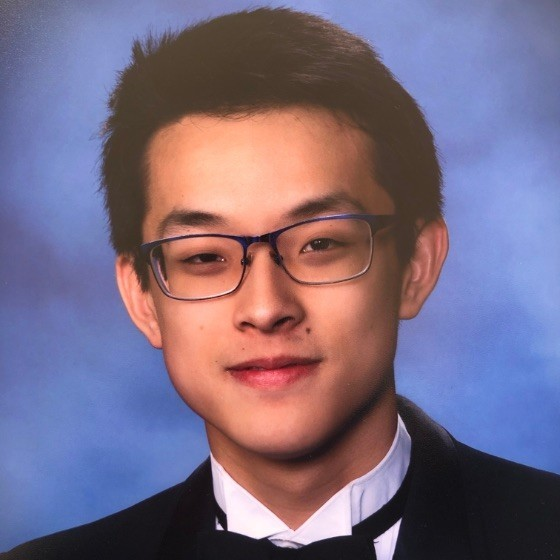 Evan Hu is a rising Sophomore at Yale University, where he  majors in computer science and statistics. He aspires to become a data scientist to help companies and individuals worldwide to make policy decisions and create innovative products. In his free time, he plans to continue piano performance and volunteer at local hospitals and senior homes to bring joy to patients and staff.
Evan has been a member of our studio for eleven years. 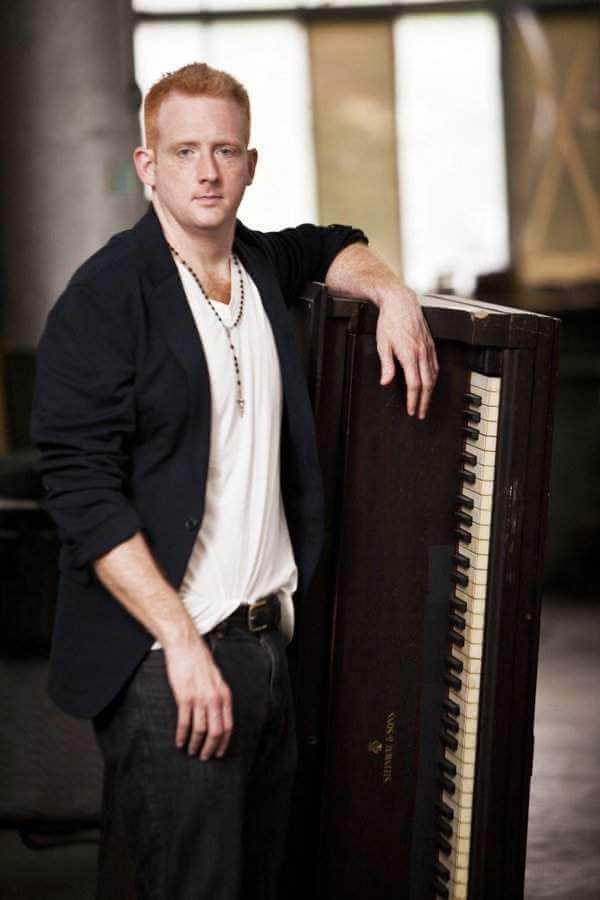 American pianist Steven Beck continues to garner impressive acclaim for his performances and recordings worldwide. Highlights of the 2014–15 season include the premiere of a new piano work (composed for him) by Charles Wuorinen, as well as a new project recording all of Babbitt’s vocal music, beginning with the great Solo Requiem. In addition, he will again perform on the New York Philharmonic Ensembles series, and repeat his annual performance of Bach’s “Goldberg Variations” on Christmas Eve at the Barge; this has become a New York institution.
Mr. Beck is a frequent performer of contemporary works; he has worked with Elliott Carter, Pierre Boulez, Henri Dutilleux, Charles Wuorinen, George Crumb, George Perle, and Fred Lerdahl, and performed with ensembles such as Speculum Musicae, the Metropolis Ensemble, the New York New Music Ensemble, and the Da Capo Chamber Players.  He is a member of the Talea Ensemble and the Knights. He is also a member of Quattro Mani, a piano duo specializing in contemporary music.
Mr. Beck’s discography includes Peter Lieberson’s third piano concerto (for Bridge Records) and a recording of Elliott Carter’s “Double Concerto” on Albany Records. The debut CD of his chamber ensemble “Pleasure is the Law” was released on Boston Records in 2009.
More information about Steven Beck can be found at his website, www.stevenbeckpiano.com.

Risa Kaneko is currently pursuing a Doctor of Musical Arts degree at the University of Cincinnati, College-Conservatory of Music as a full-scholarship student under the guidance of James Tocco. She began her musical education with the Yamaha program at the age of 4 and started to play the piano at age 7. Before moving to Cincinnati, she spent several years in Bloomington, Indiana, where she earned her Bachelor’s degree in Piano Performance under the guidance of Evelyne Brancart and her Master’s under legendary pianist André Watts.
As a teacher, Risa enjoys sharing her passion and knowledge about piano playing with all kinds of students. She has been on the faculty of the Pre-College Piano Program at Indiana University Bloomington, Jacobs School of Music where she taught students of various ages and levels. In the past few summers, she has worked for their Piano Academy program for serious young pianists. Risa has also taught group piano class to non-music majors as an Associate Instructor of Piano at Indiana University.
Born in Japan, Risa moved to the States when she was seven and grew up in the Washington, D.C. area where she studied with Marjorie Lee. Outside of music, she enjoys running and loves dogs and all kinds of food. 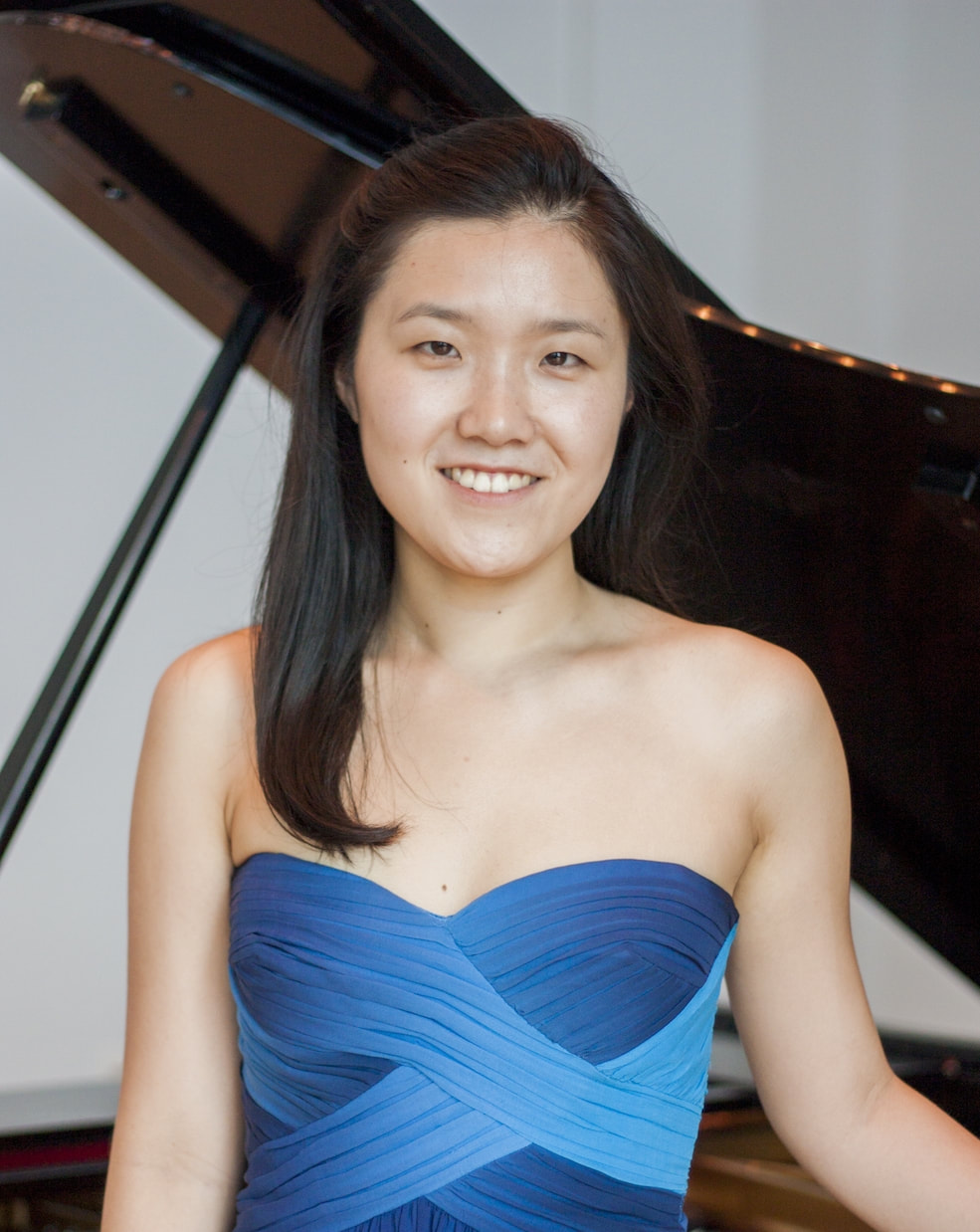 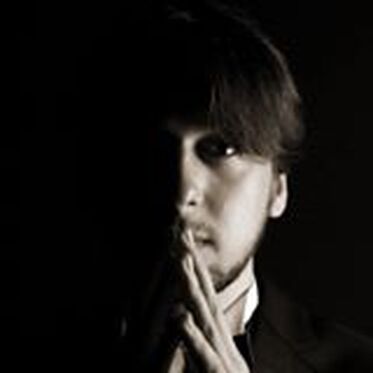 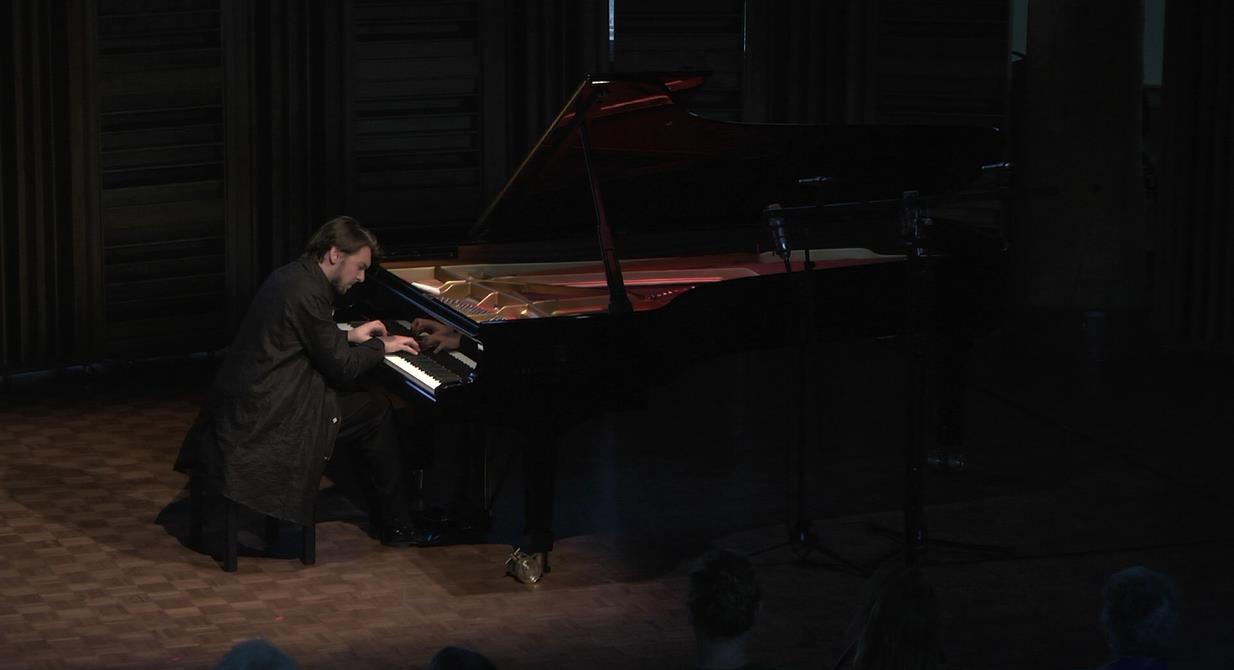 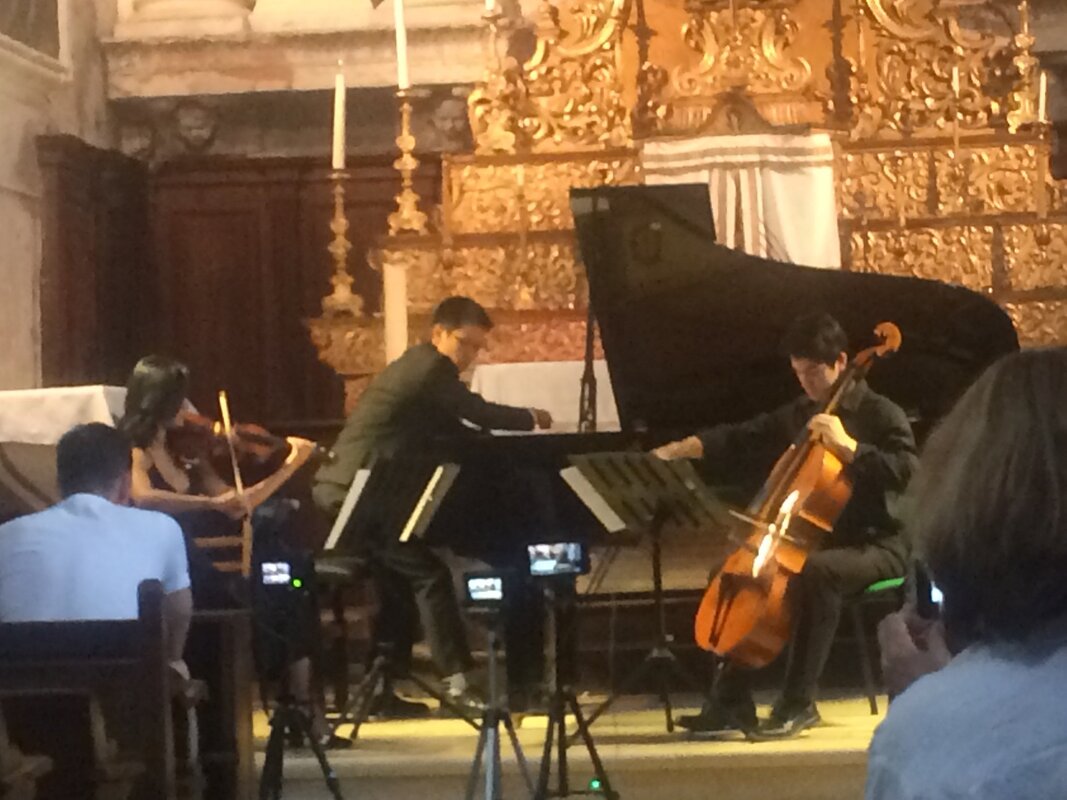 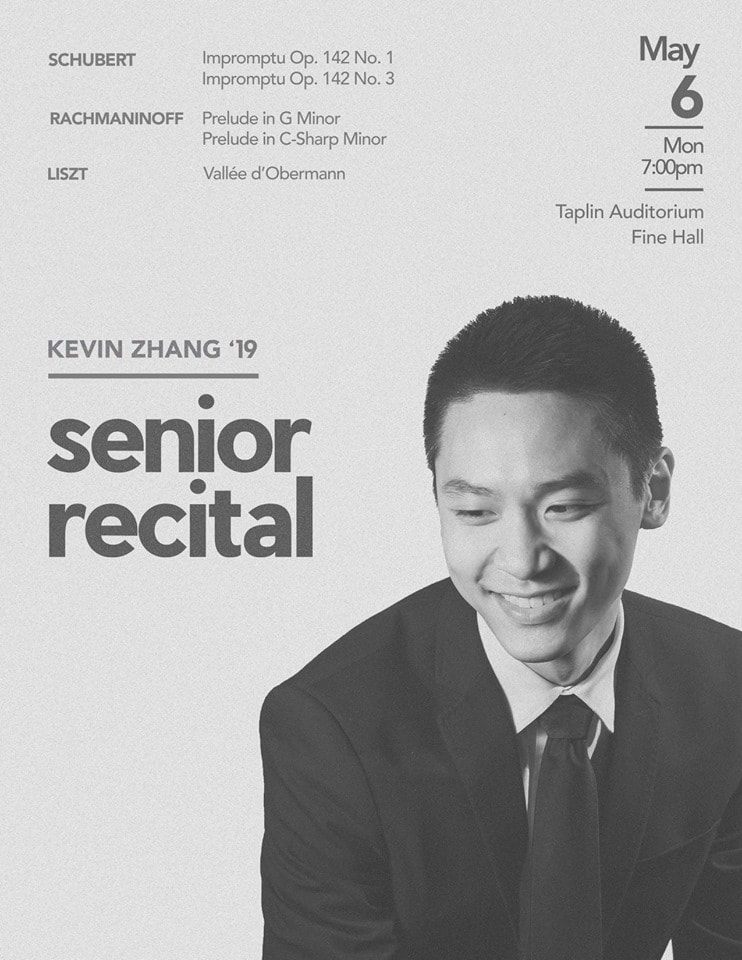 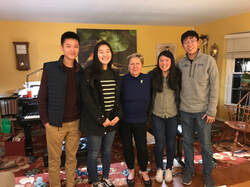 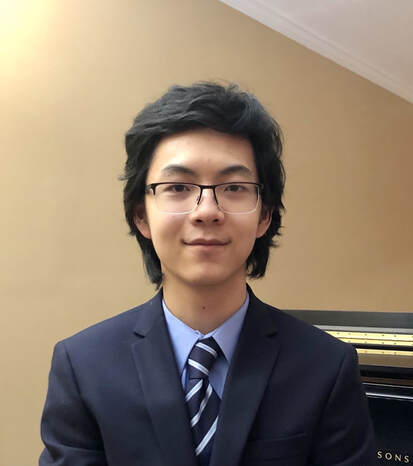 ​​Andrew won the MTNA Junior Piano State Competition for D.C. in 2017 and the James Bland Region 3 Competition in 2019. He also received second place in the 2019 Steinway Washington Piano Competition and Alternate for the Gertrude Brown Memorial Piano Concerto Competition in 2018. Andrew is also an avid pianist at his schools, where he accompanied his school choir during their Music in the Parks event and received Outstanding Accompanist award at Hershey Park and Busch Gardens in 2016 and 2017 respectively. Andrew was also accepted into the Virginia Residential Governor's School for Visual and Performing Arts where he was among the 10 finalists admitted in over 950 applicants.


Andrew also loves to contribute to his community through music. He has worked with the Tacy Foundation since 2016 and has performed countless times at hospitals and elderly homes in Virginia. He has been the Chief Intern and Event Coordinator since 2018 for the “Live Music at Larmax Homes in Mclean" event and has held 21 concerts at the homes. Andrew has also recorded music CDs for distribution to hospitals, nursing homes, and the military. Thanks to Dr.Lee’s instruction, Andrew has learned of the impact that music has on others and he will continue his endeavors into the future.

Philena is a rising junior at YALE this year... 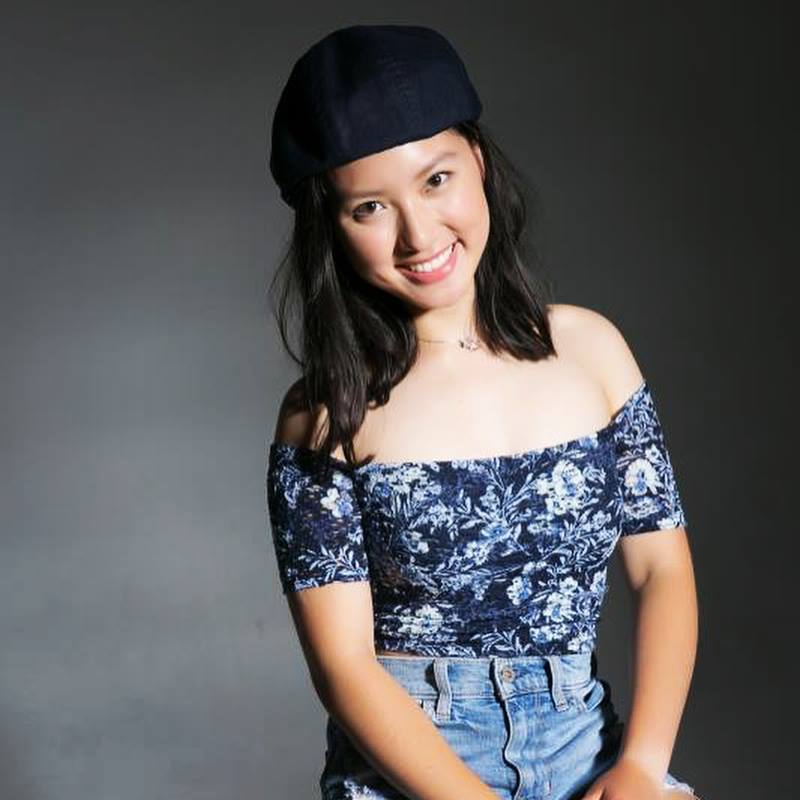 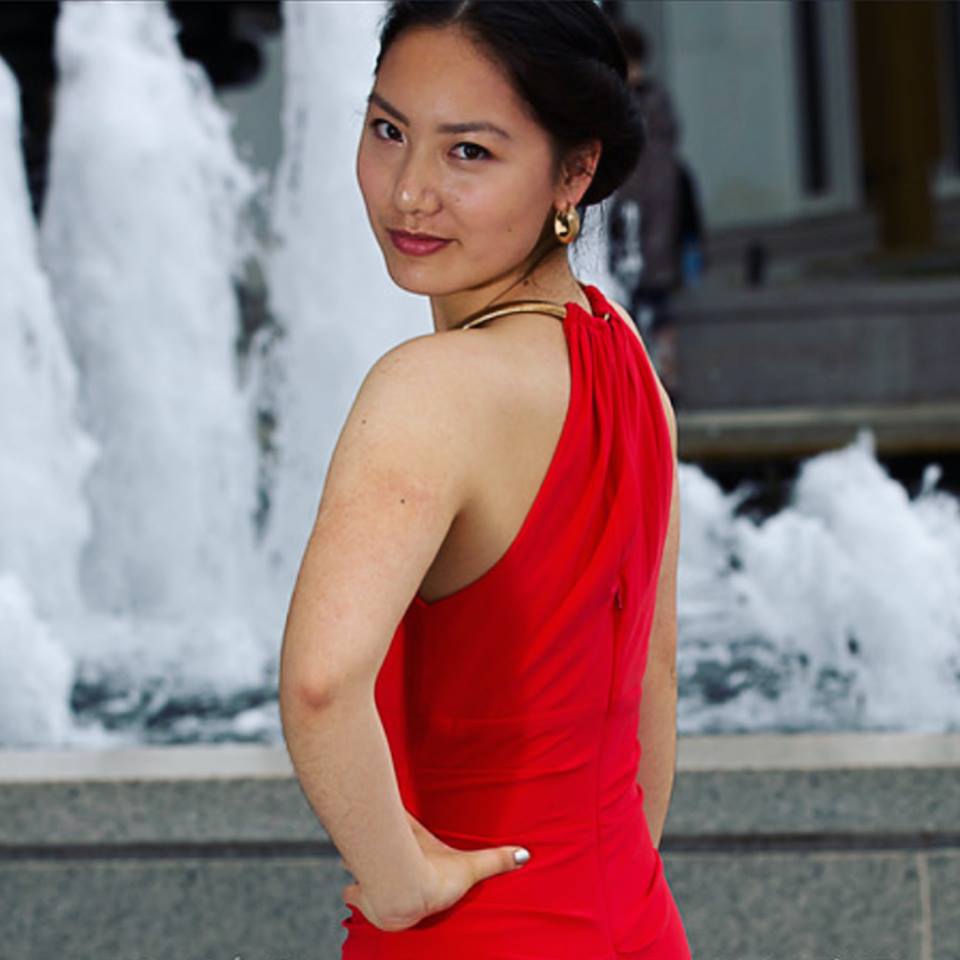 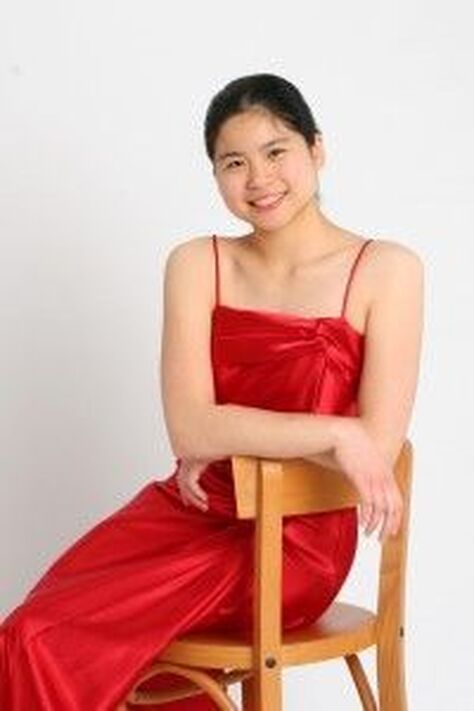 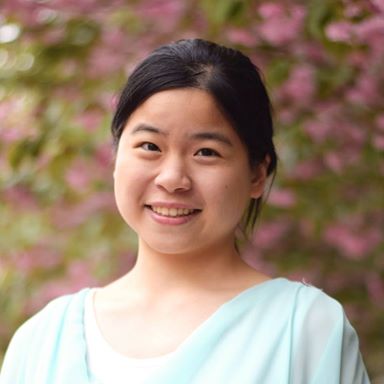 ​Recognized as a Prizewinner in the International Young Artist Piano Competition and a National Finalist at the MTNA Young Artists Piano Competition, Dr. Jasmin Lee sustains a vibrant career as a collaborative and solo pianist, performing regularly in the DC metropolitan area in addition to recent performances in New York City and Puerto Rico alongside internationally renown flautist, Jacqueline Cordova-Arrington. In addition to performing solo and duo recitals, Dr. Lee also serves as Pianist and Organist at Cedar Lane Unitarian Universalist Church, staff accompanist and educator at the Suitland Center for the Visual and Performing Arts, and staff accompanist for the Glorystar Children’s Chorus. Born and raised in Northern Virginia, Dr. Lee began studying piano at the age of five and joined Dr. Marjorie Lee’s studio two years later. She holds both Master of Music and Doctor of Musical Arts degrees from the University of Maryland, College Park, and a Bachelor of Music degree from the University of Michigan, Ann Arbor. 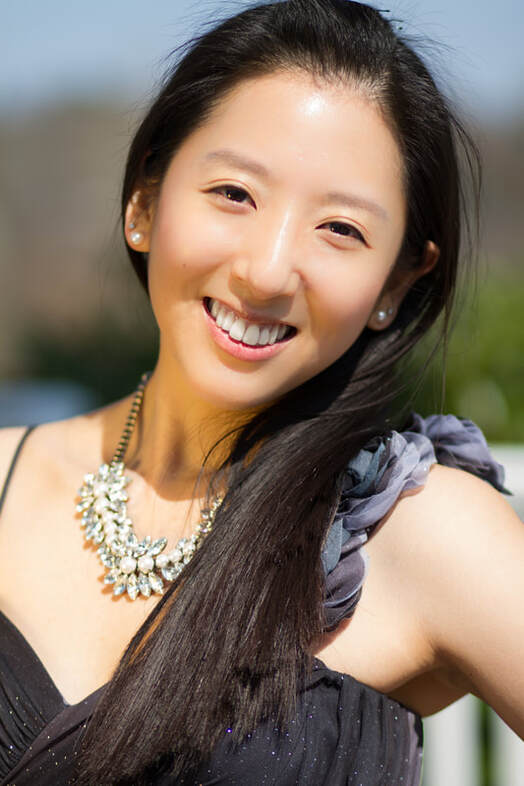 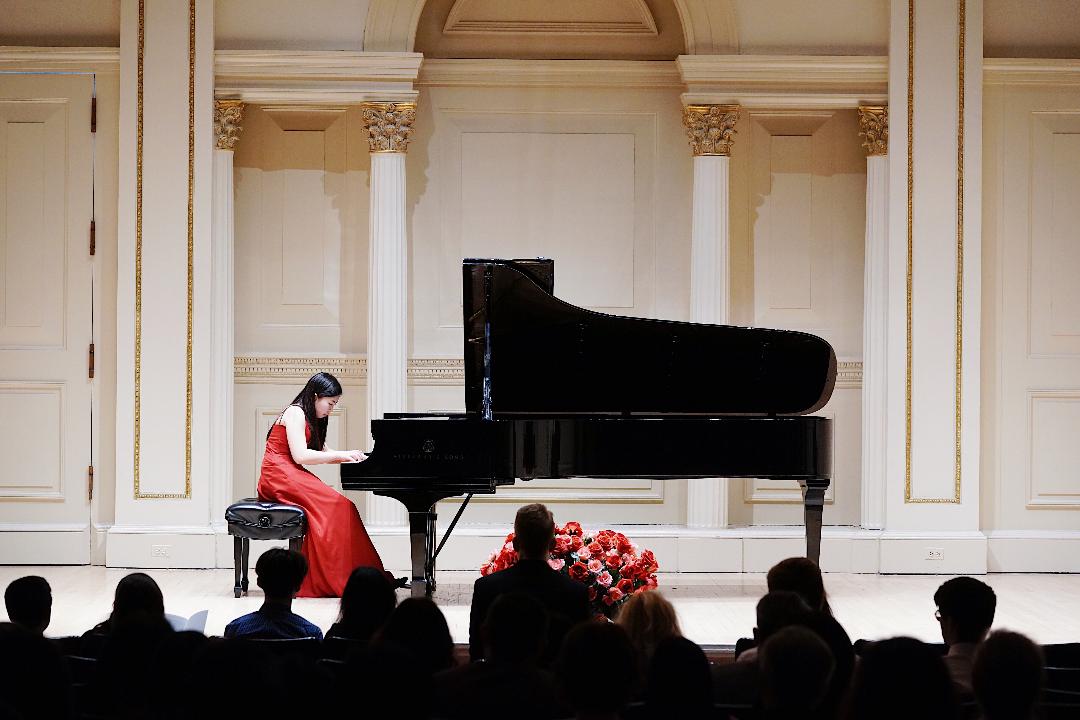 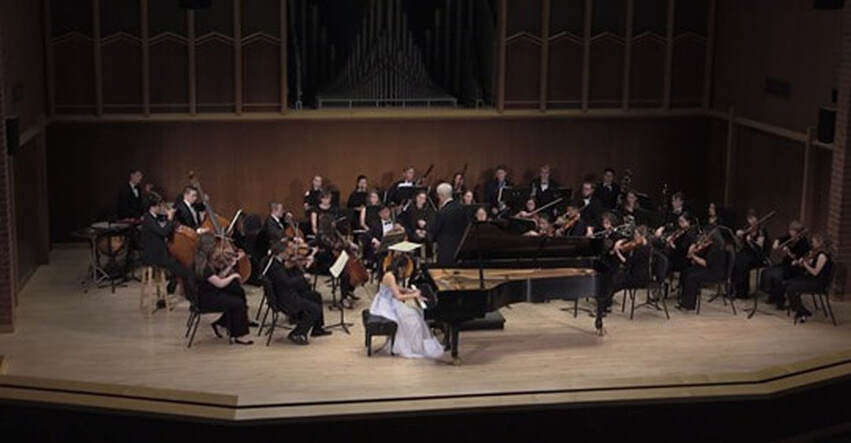 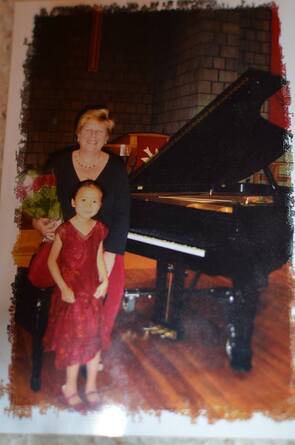 Grace is a rising junior at Stanford majoring in neurobiology while pursuing a minor in music. 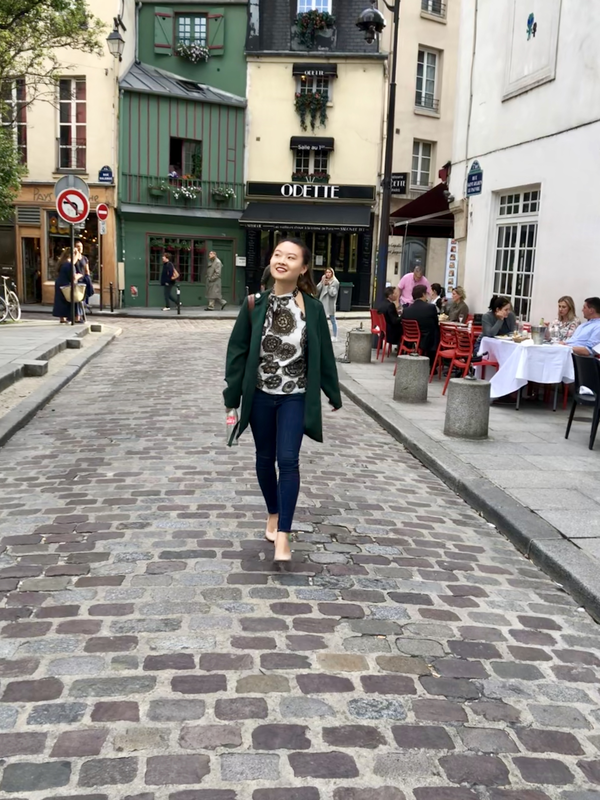 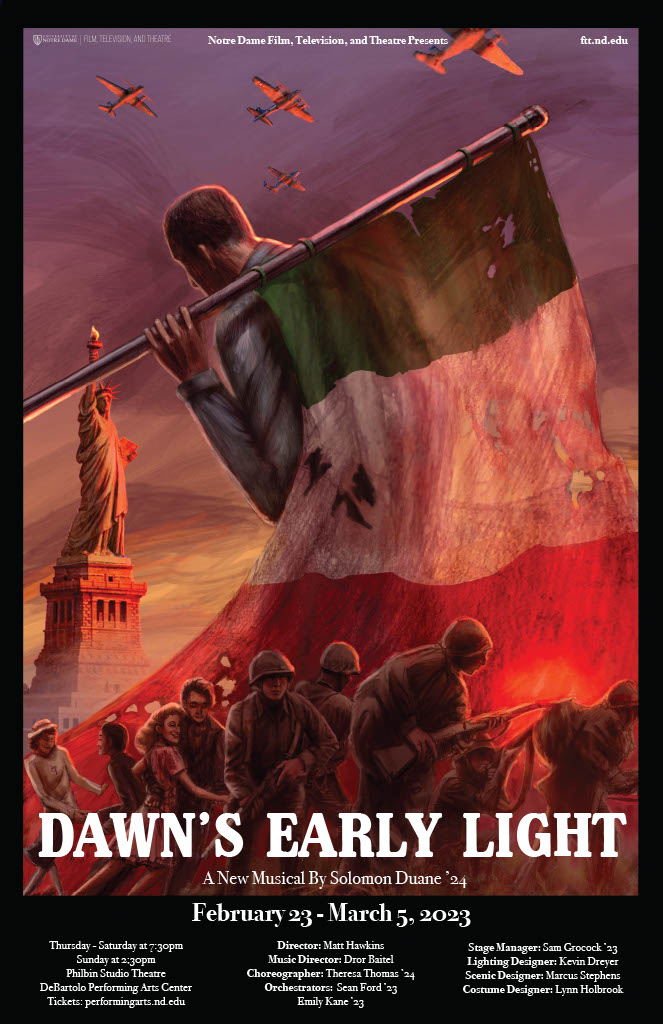 Teaching Piano in Vienna VA. Since 1976
For more information on Marjorie Lee's Studio or Lee Studio's of Music please contact us via phone or email.